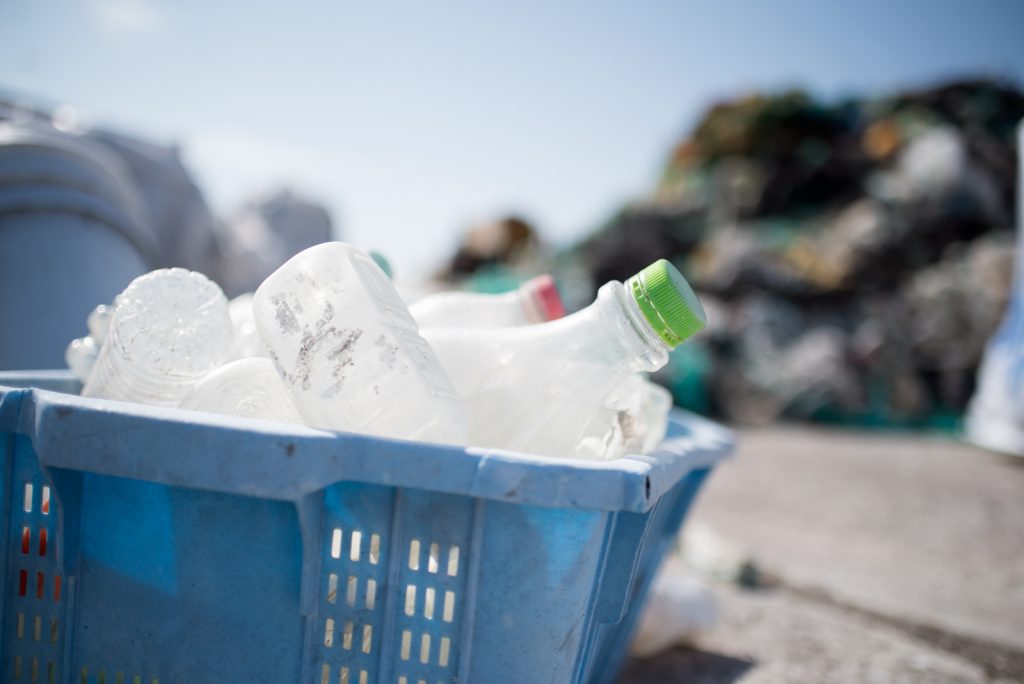 Bags, bottles, and beads: the way forward on product and corporate campaigns

Engaging NGOs, policymakers, and advocates in an exploration of best practices and lessons learned around corporate and regulatory product campaigns.

NGOS, policymakers, and advocates have worked together over the last few decades on product-specific source reduction through both regulatory and corporate facing campaigns to address particularly problematic items – plastic bags, microbeads, and polystyrene to name a few. Several of these product campaigns have resulted in legislative outcomes – the California and Hawaii statewide bans on plastic bag, the Federal ban on microbeads, as well as numerous municipal policies directed at sources reduction around the country. But non-legislative campaigns have also lead to successful initiatives – such as Ikea’s and McDonald’s phasing out of polystyrene, and restaurants around the country switching to paper straws and recyclable/compostable packaging. What can we learn about these success, failures, challenges, and outcomes going forward to better inform plastic waste reduction campaigns? This panel will feature experts from both the legislative/policy perspective, and the corporate engagement sector, to share case studies, best practices, strategy, and engage the audience in a discussion around collaborative future approaches.

The Anatomy of a Plastic Bag Ban Campaign

Using California as a case study, experts from a variety of disciplines will discuss how California went from a state with a few local bag ordinances to the first state in the nation with a comprehensive single-use bag policy, with the goal of discussing legislative strategies for marine debris source reduction with conference attendees.

The goal of this panel is to showcase the decade-long process it took California to go from a state with a few municipal plastic bag ban ordinances to the first state in the nation with a comprehensive single-use carryout bag law. Panelists will discuss opportunities, challenges, policy evolution, and pivot points that led to eventual passage of Proposition 67 in 2016 – the referendum that upheld California’s plastic bag ban and paper bag surcharge. The panelists are leaders in a range of sectors, including legal, environmental non-profit, business, education, and government. Each has a unique lens by which they engaged in the pathway to a plastic bag free California, and will provide critical commentary and insights on the roles that various stakeholders play in environmental campaigns, using Proposition 67 as a case study. The dialogue will engage with its audience to discuss strategy and work through opportunities and challenges that areas outside of California may face in advancing source reduction strategies for marine debris.

The audience will learn concrete strategies for making positive change to reduce marine debris (such as bottle caps) through outreach, education, and public policy initiatives.

We have all seen the pictures of dead albatross chicks with their bellies full of plastics (including mostly bottle caps). We can help raise awareness and identify solutions! How?

For nearly 20 years, the Algalita Education Foundation has been searching for answers on plastic pollution in the marine ecosystem. Algalita joined the Albatross Coalition to promote grassroots strategies to stop plastic pollution at the source. The Bottle Cap Awareness project builds on our ongoing work. They sponsor beach cleanups with community organizations, school groups, and service organizations in their local area in Long Beach. They also use beach cleanups to educate their corporate partners about the types of materials that end up on our beaches. This year, in cooperation with the Albatross Coalition, they encouraged their participants to separate bottle caps from the other materials that they collect and talked to them about the impacts to sealife including the albatross. They count and photograph the bottle caps they collect and use the information to share with beverage industry and legislature and work towards solutions like leashing the lid to the bottle.

Decades of data from Coastal Cleanup Day show that plastic bottle caps are the 4th most prevalent item found at cleanups. In the last 26 years, 1,044,414 plastic bottle caps have been collected and recorded. Those that don’t get picked up by volunteers join the plastic soup in the ocean where they are then ingested by many animals, notably the impressive seabird, the Albatross.

It’s time to leash the lid! In the 1970s the pull-tab or “pop top” on aluminum cans was replaced by the much safer and environmentally friendlier “sta-tab”, and is still in use today. We did it then, we can do it again.

In 2009, the Clean Seas Coalition worked with California Assembly Member Lori Saldana  (D-San Diego) to introduce Assembly Bill 925. That bill would have required that all plastic bottle caps on single-use containers be attached to the bottle. Unfortunately, the bill did not make it out of the Senate. At that time, recyclers did not want folks to keep their polypropylene lids on their PETE bottles. Times have changed and now recyclers are able to recycle both the lid and the bottle through the sink/flow mechanism.

The Albatross Coalition picked up the charge and recruited California Assembly Member Mark Stone (D-Santa Cruz) to reintroduce the bill. Assembly Bill 319 would prohibit a retailer, on and after January 1, 2020, from selling or offering for sale a single-use plastic beverage container with a cap that is not tethered to or contiguously affixed to the beverage container.

If successful, this legislation could change bottle packaging design and help save the albatross.

The Global Single-Use Case Studies session will explore ways in which the international community has taken action to reduce plastic pollution within our oceans. This session will include four dynamic presentations representing various parts of the globe discussing strategies and solutions to the single-use plastic pollution issue. The first speaker takes a broad approach and will examine international policies and legislative tools aimed to reduce plastic pollution, specifically single-use plastics and microbeads. The second presentation will examine how a three-year study conducted on various local beaches within a Middle Eastern country led to legislation that since its effective date, has significantly reduced the amount of plastic found on the coast in some areas.

This session  will include action plans that other communities and governments can utilize to reduce the most commonly found debris on local beaches. Another presentation will focus on the Wider Caribbean Region and analyze approaches for the successful enforcement of a plastic bag ban that could potentially be duplicated in other Small Island Developing States. Lastly, the final presentation will be from an non-governmental organization in Southeast Asia led by local youth who have championed an initiative to raise awareness through volunteerism and outreach to educate the public on the plastic waste problem within their community. This vibrant group of young people have spoken at a variety of local and international events with the hope to energize the next generation of leaders in the global fight against marine plastic pollution.

Ocean advocates and policymakers should be aware of preemption laws developed by conservative state lawmakers, often at the behest of industry lobbyists and formulated by ALEC, that threaten to block to the adoption and implementation of local plastic pollution reduction laws (plastic bag and foam bans).

Preemption of local plastic pollution control ordinances is an effort that is playing out at the state level of government in the U.S. as a way to quash local environmental efforts. These preemption laws generally prohibit municipalities from adopting local ordinances regulating a particular product, namely bans or fees on carryout plastic bags. More and more commonly, these laws apply more broadly by banning all local ordinances regulating “ancillary containers” (bags, expanded polystyrene foam food containers, etc.). Preemption laws infringe upon municipalities’ right to regulate traditionally “local” fields such as the protection of health and safety, including the power to regulate waste, as well as usurping Home Rule.

This issue encompasses not only plastic pollution but also the loss of local power to corporate interests. The American Legislative Exchange Council (ALEC), where corporate lobbyists and state legislators vote as equals on “model bills” that often benefit corporations’ bottom line at public expense, has made preemption part of its new playbook to rein in environmental regulation. The plastics industry (and industry generally) has found that they have more power at the state level and are increasingly focusing legislative efforts on preemption bills in order to block all progress at regulating plastic pollution at the local level. ALEC has developed a model bill specific to banning local regulation of containers and this model is being pursued in several states.

Preemption of regulations relating to plastic bags has been especially prevalent because plastic bag bans have their roots in grassroots activism. As of June 1, 2017, single-use plastic bag ban preemption legislation is currently proposed in Texas and South Carolina. State legislators in Minnesota, Michigan, Arizona, Florida, Idaho, Indiana, Missouri, Wisconsin, and Iowa have already preempted regulation of plastic bags, and often all manner of containers, and much of the preemption legislation is identical. The statewide usurpation of “Home Rule” is not only happening with bags and foam foodware; there have been attempts to preempt local action on building efficiency rules, fracking, pesticide regulation, medicine take back programs and environment conservation efforts.

Not only must ocean advocates and policymakers keep a strong on-the-ground presence to continue to pass local single-use plastic bag regulations and foam foodware bans, but they also have to ensure that they have a presence and a voice at the statewide level to challenge the industry lobbyists that threaten to silence local voices and action on the topic of marine plastic pollution. To combat preemption, ocean advocates should oppose statewide legislation that takes away the right of municipalities to improve their environment and continue to push for strong statewide legislation, like the recent passage of the California statewide bag ban. Ocean advocates also need to make sure that strongest possible local laws continue to be adopted and that we diligently track the efficacy of local bag bans and fees and demonstrate how these policies effectively change consumer behavior and reduce the amount of single-use plastic pollution in local parks, streets, beaches, and waterways.

Local, State and Federal Ocean Litter Laws from Around the Nation

This session will feature the local battles from the main coastal regions of the U.S., California statewide and regional collaboration and federal success with the Microbeads bill.

Since 2010, there have been hundreds of local laws, dozens of state laws and a handful of federal bills focused on addressing marine debris in the U.S.  Sometimes these efforts are similar, but in other instances there are important variations in laws that address the same problem.  In California, the number of local bag bans that were disparate in form and coverage led to a greater need for a statewide law and uniformity for grocers and other merchants.

This panel will investigate the different types of local laws that have been passed around the nation, including Maui County's recent polystyrene foam foodware ban, the City of Coral Gables local foam and bag regulations despite allegations of state preemption, and the interplay between local and state law in Massachusetts and Oregon. Finally, the panel will discuss how an initially controversial issue, like plastic microbeads found in personal care products, can be successfully addressed by a bi-partisan effort at the federal level.  Consequently, the U.S. has many laws put into place, at every level of government, to address the growing problem of marine debris and offers great examples of what can by done by various levels of decision-makers.